What is an ectopic pregnancy?

If someone is diagnosed with an ectopic pregnancy, it can be treated through an injection of a medicine that will dissolve the tissue of the egg. If there are other complications or the pregnancy was farther along, the tissue must be removed through a laparoscopic procedure. Both of these treatments are technically abortions, as they remove the tissue from the mother’s body. There is absolutely no way this tissue can grow into a child, and if it is left in the mother’s body, it will lead to a rupture and potentially kill the mother. There are literally no other options for treating this type of pregnancy, as it is not viable and is life-threatening.

What is the ectopic pregnancy abortion bill?

Despite all of this information, Mr. Seitz proposed HB 2810, making it a class A felony if a woman has an abortion after 10 weeks, or if she has an abortion to treat ectopic pregnancy. In Missouri, the jail time for class A felonies ranges from 10 to 30 years. Mr. Seitz’s proposed bill would literally kill any woman that had an ectopic pregnancy and resulting complications.

When he presented the bill and was told that it is impossible to treat an ectopic pregnancy any other way, Seitz replied saying, “They don’t have the hospital machinery to tell if this is an ectopic pregnancy. They might just think it’s a normal pregnancy, and they want to abort that child. I would like to see that sort of unlawful activity stopped.” This is untrue. Ectopic pregnancies are diagnosed via ultrasound and blood tests. After receiving further pushback, Seitz claims that his bill was misrepresented.

Since this proposed bill is based on no medical facts and would quite literally harm the person who is pregnant, it is unlikely it will pass. It is still terrifying and incredibly frustrating that a bill like this can be proposed in the first place. Politicians should not make decisions about women’s health, especially male politicians who very clearly have no idea what they are talking about or know how the female reproductive system works. Medical decisions should be left up to the person being treated and their doctor.

For a politician that claims to be pro-life, this bill is quite literally the opposite. It is dangerous for the woman with an ectopic pregnancy, and it is baffling that Seitz doubled down on his ignorance when questioned about the bill, proving he truly has no clue what he is talking about, nor has he considered the repercussions of this harmful and deadly bill. 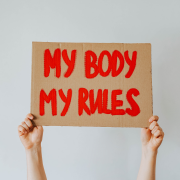 What the Leaked Draft to Overturn Roe v. Wade Means for your Reproductive Rights 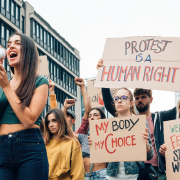 What is Mycoplasma Genitalium?
Scroll to top