What are fibroids you ask? Uterine fibroids are noncancerous tumors that grow in and around the walls of the uterus. An astonishing number of people get fibroids by the age of 50—80% of black women and 70% of white women, with large variation amongst other races. Unfortunately, the specifics for this large discrepancy between races is unknown, likely because research on women’s health is greatly underfunded, but I digress.

How do fibroids develop?

Fibroids develop during child-rearing age, affecting women as they enter their 30s and 40s, then dissipate after menopause once hormone levels decrease. Fibroids vary in size, some being only a few millimeters, while others can grow to the size of a watermelon. Because of this large range in size, each person with fibroids likely experiences different severity of symptoms. Someone with smaller fibroids might not even know they have them, having little to no symptoms, while someone with multiple or large fibroids could experience a range of pretty intense symptoms. These symptoms unfortunately are very similar to that of PMS, PMDD, or anything related to menstruation and reproduction.

What are the symptoms of fibroids?

Symptoms include heavy bleeding, feeling full, an enlarged lower abdomen, pain during sex, low back pain, frequent urination, complications during pregnancy and labor, and reproductive problems such as infertility. Because these symptoms are so similar to things we might regularly experience during our menstrual cycle, a lot of people will have fibroids and not even know it. Menstrual pain is often dismissed by the person experiencing it, or even worse, by doctors. We are often told it’s just our period and that we should just accept the discomfort because it’s no big deal. You know your body best – if something doesn’t feel right or if you are experiencing any of these symptoms, go see your doctor.

What are the risk factors?

Although the exact cause of fibroids is unknown, there are a few factors that put some people at higher risk. As I mentioned before, age plays a role in when fibroids might pop up. If you will get fibroids, they will be most common during your 30s and 40s when you are in the throes of your reproductive age. Family history plays a role as well. If you have a family history of fibroids, you are more likely to have them yourself. If someone’s mother had fibroids, they are three times more likely to experience it themselves. As I mentioned before as well, black women are more likely to develop fibroids than women of any other race. Unfortunately, the research is not here to explain exactly why, doctors have just noticed this as a pattern. People that are overweight are also at a higher risk for developing fibroids, being two or three times more likely than the average. People who eat a lot of red meat and ham also have a slightly higher risk of developing fibroids, and finally, a lack of vitamin D can put you at higher risk of developing them as well.

What are the types of fibroids?

How are fibroids diagnosed?

Fibroids are diagnosed during a pelvic exam, so make sure you are seeing your gynecologist regularly! Even if you don’t have any symptoms, you should see your gynie regularly, every 1-3 years, depending on your age and family history. Once fibroids are diagnosed, the treatment depends on the type of fibroids you have, as well as how large they are. The size of fibroids can gradually change depending on hormone levels in your body at any given time. When you are pregnant, for example, your hormone levels are higher, so fibroids might grow. During menopause, hormone levels drastically drop, so fibroids will shrink or even disappear. If you are having mild or no symptoms, your doctor may just recommend monitoring your fibroids over time, and not taking any action for treatment just yet. If you are experiencing severe symptoms or develop anemia from bleeding too much, intense pain, or experience fertility issues, treatment is recommended.

How can fibroids be treated?

Oral medication is often a treatment for fibroids, and works for mild cases. Iron supplements, birth control pills, and gonadotropin-releasing hormone agonists can all help manage symptoms. Birth control pills help by decreasing heavy bleeding and menstrual cramping. GnRH agonists is a medication taken through nasal spray or injections that shrinks your fibroids. It only temporarily shrinks them, so it must be taken regularly. A new medication called Elagolix has been approved to be used for up to two years to relieve serious symptoms, but after 24 months, it can cause bone thinning, so it can only be used for this specific amount of time.

Because fibroids are so common but rarely talked about, the month of July is dedicated to educating people about them. Organizations like The White Dress Project also exist to bring people together to find a sense of community and offer a chance to educate other people about fibroids. If you are in pain, experiencing any of the symptoms I mentioned, or think you might have fibroids, contact your doctor. You do not need to live with this pain. There is treatment, and you can still get pregnant and have a healthy and pleasurable sex life with fibroids. Talk to your doctor and check out organizations like The White Dress Project to learn more.

Having Good Sex in Menopause 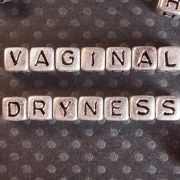 How to Deal with Vaginal Dryness 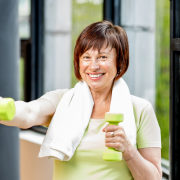 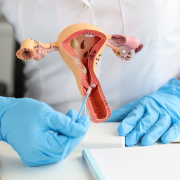 How Does a Hysterectomy Work? 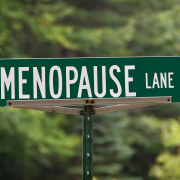 What to Expect in Menopause
0 replies

The Reality of Male Contraceptive Pills

How does a vasectomy work?
Scroll to top