Yes, that’s right. Most STIs don’t show symptoms. That is why it’s super important to get tested after each new sexual partner.

Everything You Need to Know About STD Testing

If you are in a monogamous relationship, you and your partner can get tested when you first start seeing each other exclusively, then you’ll know your status. Or if you are someone who has never had sexual activity that would swap fluids, such as oral, vaginal, or anal sex, then you wouldn’t need to get tested either. The most commonly known spread of STIs is through unprotected a.k.a. condomless penetrative sex, whether that be penis in vagina sex, or anal sex. You can also contract an STI through oral sex, which is often overlooked! If you perform oral sex on someone who has an STI, even if they don’t have symptoms, you could possibly get an infection in your mouth, or spread it to your genitals. Say you give oral to your partner, then you makeout with them, then they perform oral on you—BAM the infection from their genitals could be given to your genitals through their mouth. Although getting an STD this way isn’t as likely, there is still a risk. This sounds scary and intense, but I promise it’s not. STIs are a normal part of life, and most of them are treatable with a short round of medicine such as antibiotics.

Getting an STD test is very easy. Make an appointment with your gynecologist or a sexual health clinic such as Planned Parenthood, and tell them you’d like to schedule an STD test. Most student health centers on college campuses or schools also have free STD testing! When you arrive, the nurse will ask you questions about your sexual activity, such as do you have sex with partners with penises, vaginas, or both? Have you had penis in vagina sex without a condom? Have you had anal sex without a condom? Are you showing any symptoms of an STD such as burning while you pee, rash on your genitals, etc? It’s very important to be open and honest during the questions. The nurse is not judging you. They have likely seen and heard it all. They are they to help you be healthy!

For chlamydia and gonorrhea, you simply pee in a cup to determine if you have those infections. An HIV test is done by taking a pin prick of blood. Most clinics have a rapid result HIV test, so you will likely hear the results of that test before you leave your appointment. Syphilis is also tested by taking blood. Usually clinics do not test for herpes unless the patient is showing symptoms of an outbreak. This is due to the fact that someone can have herpes and never show symptoms, so it is hard to even detect in the first place. Additionally, the blood test done for herpes is often inaccurate and will show false positives because it can detect traces of oral herpes in your blood, a cold sore, rather than genital herpes. Since the test isn’t reliable, you won’t be tested for that unless you’re showing symptoms.

Besides the HIV test, you’ll likely hear back from your doctor within one to two weeks with your results. Oftentimes, no news is good news. Although if you do find out you have an STI, your doctor will talk to you about a treatment plan, which as I mentioned before, is often a short round of antibiotics.

I recommend getting tested after each new partner if you had unprotected oral or penetrative sex. If you had protected penetrative sex, but unprotected oral, you should probably still get tested since there is a chance of spreading STIs that way.  If you talk with your partner before the sexiness begins and they say they have been tested and know their status and you know yours, you would be okay to not be tested, assuming they are being truthful.

You also must wait two weeks after sex with a new partner to be tested. If you get tested sooner than that your results could be inaccurate.

Getting STD tested seems overwhelming and scary, and maybe even a little shameful or dirty. There is absolutely NOTHING shameful or dirty about prioritizing your health and the health of your partners. It is truly so simple and not a big deal, and if you find you do have an STD, that isn’t shameful either. It’s treated with antibiotics just as any other infection might be. Have fun out there and be safe! 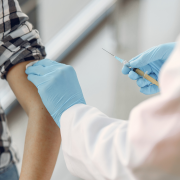 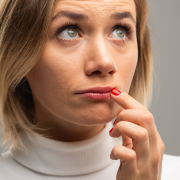 What’s the Deal with Herpes? 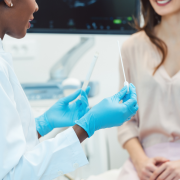 What is Mycoplasma Genitalium?
0 replies