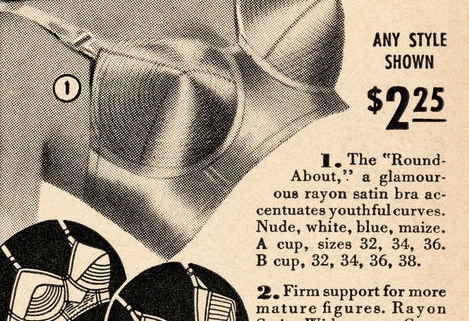 We’ve all the seen the ads and commercials for the miracle bra that encourages us to throw out our old bras because this one does it all. It shapes, supports, and smooths, with no pinching or pulling or digging…or style.

Looking like rejects from a sports bra factory in the 90s, these bras may provide comfort and support, but I want to say “Ooooo!” when I see myself in a bra. I do NOT want to say, “Uuhhh.”

Why can’t a bra be both comfortable and pretty? Functional and appealing? Frilly and flexible?

Once Upon a Push Up Bra

When I was in college, I desperately wanted a bustier. I was studying a lot of romantic literature and poetry and had decided that I NEEDED to become the type of woman who wore a bustier. Whose opinion did I ask about this burning desire to become the female heroine in the arms of Fabio? My mother. Yes. You read that right.

Now, all you need to know about my mother is that she was almost 40 when she had me and I was the youngest of 12 children. (Yes. You read that right, too.) Lingerie was not a thing she’d been interested in for a very long time. She’d spent years searching for comfortable, functional bra. She had no time for me and my bustier. However, she was a patient woman and she took me to Victoria’s Secret to try some on. She did this not because she wanted to make me happy. She did this because she knew if I tried one on, I would hate it. She was right. I hated the feeling of being strapped in and all the stays poking me all over. This woman had already raised six girls. She knew what was up.

After that, I was more than happy to purchase a pretty push up bra and call it a day.

It’s time to demand comfort and beauty! So let’s seek out underwear that not only provides support for our bodies, but also for our psyches!

OOF. I Just Had a Baby. Now What?
Scroll to top