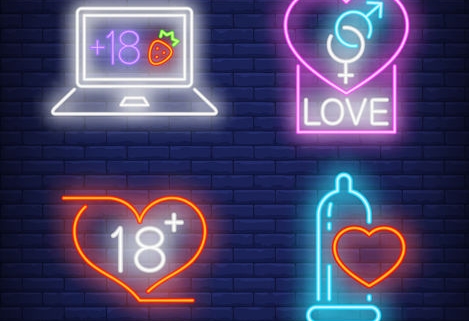 Sex. Teens are doing it, but nobody likes to talk about it. Sexual education in schools isn’t always comprehensive, so a lot of teens having sex are not fully informed on how to have a positive, healthy sexual experience.

So let’s say you want to start having sex. First thing you should do: Ask your partner if they have ever been tested for STDs. It might seem awkward and scary, but you need to ask. If the answer is no, they should get tested. If they’ve never been sexually active before and have never been tested though, they don’t need to be tested. And the same goes for you! If you’ve never been sexually active before, no need for a test, but if you have, get tested. You can go to Planned Parenthood and get an STD test for a relatively low price, and you can even order some online to be shipped to your home. If your parents don’t know you are having sex, and you feel comfortable talking to them about it, you can ask them where you could get tested. However, if you feel unsafe talking to them about sex, ask your school nurse and see where they recommend. It might seem scary, but STDs can definitely be prevented and managed. 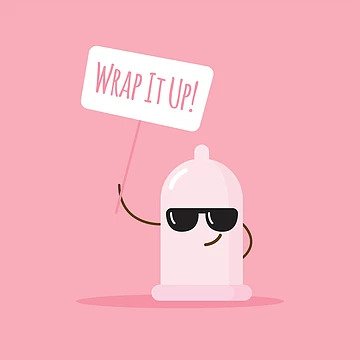 Condoms are one of the most popular forms of birth control because they are relatively cheap, and they are available at nearly every drug store or grocery store. You can buy condoms at any age, so they are relatively easy to get. Condoms are non-hormonal, meaning they don’t put any hormones into your body. They are a barrier method form of birth control because it creates a barrier to prevent sperm from getting into the vagina. Condoms go on a person’s penis and will catch the sperm, and can also prevent the spread of STDs. When using a condom, make sure it fits. If the condom seems too big or too small, it’s more likely to break. Also, don’t EVER use more than one condom on top of each other. This is a myth that this is more effective—it’s not. It creates friction that makes the condom more likely to break. There are also instructions inside the box for how to put one on if you’ve never used one before.

There are also internal or vaginal condoms available. They work similarly to penile condoms, but they are larger and go inside of the vagina. These are a bit harder to find, but they are just as effective.

Birth control pills are another extremely common form of birth control. Many people take the pill to help manage periods or acne, so it’s likely that you or some of your friends already take it. The pill is hormonal, so it puts hormones like estrogen and progestin into your body, so you don’t ovulate. Ovulation is when you release an egg, and if that egg becomes fertilized and implants in your womb, you will become pregnant! Birth control shuts down ovulation and thickens your cervical mucus (fun word, right?), so implantation can’t occur. Birth control pills are only available by prescription, so your doctor must give them to you. To be effective, the pill must be taken at the same time EVERY DAY. It’s possible to become pregnant even if you miss one day, so make sure you have a schedule that would allow you to be consistent with the pill. Set a timer if you need to! Birth control is covered by most insurance, but if it’s not covered, you’d have to ask your doctor how much it would cost—each pill is a little different. The pill doesn’t prevent STDs.

The patch, the implant, and the shot

These three forms of birth control are all hormonal, so they work similarly to birth control pills, but instead of taking a pill each day, you get these hormones another way.

The patch is a small square patch full of hormones that are found in the pill. It looks kind of like a band-aid. You put the patch on your body and leave it there for a week. After a week, you put on a new patch. It stops ovulation and thickens your cervical mucus, just like the pill. You need a prescription for the patch.

The implant works similarly to the pill and patch, using hormones to stop ovulation and thicken that cervical mucus. (How many times do you think I’ll say cervical mucus in this post?) The implant is a small little stick that is inserted into your arm. It sounds kind of freaky, but it’s smaller than a matchstick and is unnoticeable once inserted. It must be inserted by a doctor, but it prevents pregnancy for up to four years! So unlike the pill or patch, once it’s in, you don’t have to think about it.

The shot also uses hormones, but it uses only progestin, so it’s a good option for someone who reacts negatively to estrogen in their birth control. It prevents ovulation and thickens that cervical mucus to prevent implantation. You get the shot every three months, and it must be administered by a doctor. This is a great option if you don’t want to have to think about your birth control regularly—just every three months.

The patch, implant, and shot are all covered by some insurance companies but can be very expensive without insurance coverage, so you’d have to ask your doctor about the cost if insurance isn’t an option for you. Also, none of these three methods prevent STDs- they only prevent pregnancy. But that’s okay because as we learned at the beginning of this article, you should have already had the STD talk with your partner 😉

An intrauterine device, IUD for short, is a small device made of either plastic or body safe copper that is inserted into your uterus. It looks like an uppercase T with little strings hanging off it. IUDs basically work by disrupting the pathway for sperm and by irritating your womb enough that implantation won’t occur. I know, IUDs sound and look a little scary, but many people love them for birth control.

The plastic IUD also has hormones in it, so in addition to creating an environment where implantation won’t occur, it also has progestin in it which will thicken that sweet, sweet cervical mucus for extra protection. Many people who react negatively to hormonal birth control prefer the hormones in the IUD because they are localized to the uterus, rather than spread throughout the body. The copper IUD uses no hormones. It just creates an environment where implantation won’t occur because your womb is slightly irritated safely. The hormonal IUD can last between 3 and 6 years, and the copper IUD can last up to 12 years!

You have to get your IUD inserted at a doctor’s office, and just be warned, it can be very painful. Many women experience intense cramps and even a prolonged period for a month or so after getting their IUD. Your body should get used to it shortly though, and then you won’t have to worry about birth control for years to come. You should check and feel for the strings of the IUD each month to make sure it’s still in place. IUDs are covered by most insurance. IUDs don’t prevent STDs.

The rhythm method, also known as Fertility Awareness Method, or Natural Family Planning, is a hormone-free form of birth control. With this type of birth control, you track your fertility throughout the month to know when you are fertile or not. When you are fertile you are likely to get pregnant, so you would avoid having a penis in vagina sex on those days and wait until you are not fertile. This method is hormone free and can be free or inexpensive depending on how you do it, but it requires a very close understanding of your body and your menstrual cycle. You can track your fertility by charting your temperature, your cervical mucus (we’re up to seven times now, folks), or your cycle on a calendar. This type of birth control is nice because anyone can use it without a doctor or prescription, but it is not as effective as the other forms of birth control I’ve mentioned. Because this method requires you to be totally in tune with your body and diligent about tracking any change in your body every single day, it’s easy to make a mistake. If you use this method, I’d recommend using another method with it as well. The Rhythm Method doesn’t protect against STDs either. 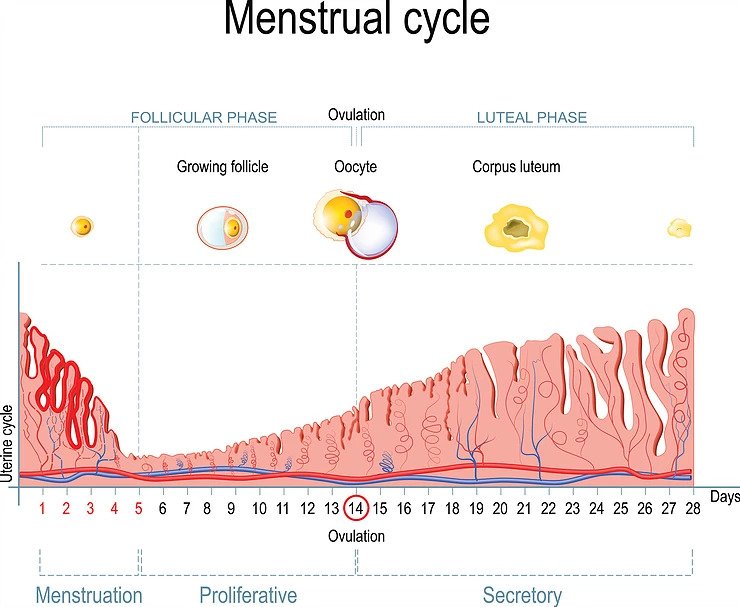 The “Pull-Out” or Withdrawal Method

The pull-out method seems to be popular amongst high schoolers from the beginning of time, but let me tell you, it’s not reliable!!! In the pull-out method, the person with the penis withdraws from the vagina before they ejaculate, so no sperm is released into the vagina. This sounds great in theory, but in practice, it’s not the best. When you first start having sex, it can be hard to know exactly how your body will react with each encounter, so perhaps you or your partner pulls out on time one time, but the next time they could ejaculate sooner than they expect, and boom you’ve got sperm inside of you!

Additionally, pre-cum can have sperm in it. Pre-cum or pre-ejaculate is the little bit of liquid that comes out of the urethra on the penis when the penis is erect. It provides lubrication and is a sign that biologically, the penis is ready for sex. Depending on when the last ejaculation was and how much urine has cleared out the semen from the previous ejaculation, there could still be sperm in those little drips of liquid. The pull out method is only about 73% effective, compared to condoms being 98% effective. The pull-out method doesn’t prevent STDs either. Don’t use the pull out method. Even if you or your partner withdraws perfectly every time, there is still a chance you could get pregnant because of leftover semen in the pre-cum. Just don’t do it. You have many other, safer options available to you.

When you’re ready to start having sex, there are many options for birth control, but only some protect against STDs, so talk with your partner about their status first and be mindful about what methods of birth control you choose. Of all of the methods I mentioned, condoms are the most accessible. You should always use protection!!! There are a few other methods I didn’t mention that aren’t as popular, but if you want to read up on those, follow this link.

Stay informed, and don’t be afraid to talk to an adult or your doctor if you have questions. Also, our grand total for saying “cervical mucus” was eight. Try saying that eight times fast.